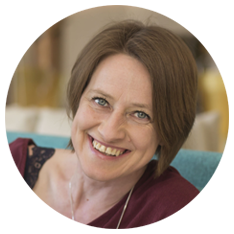 Get Accomplished with Heather

Writing about the US election result is probably asking for trouble. Sometimes we do that. We get steady, then we get thinking and then we go and rock the boat.

I, and the majority of people that I know were delighted by the election result. We breathed a collective sigh of relief. A man who appears to have great compassion and empathy for people both in the US and around the globe will be taking up residence in the White House and all that the top job entails. What I find bewildering though, is just how close the result was.

My attempts to understand the people who voted for Trump have failed. I don’t get it. I am truly perplexed.

Perhaps it’s just that my values are the polar opposite to 70,000,000 US citizens, but somehow, that doesn’t ring true. My perception of many aspects of him seems to be the polar opposite of many of his voters. Strangely though, it seems that many like him for the very same reason that others don’t like him. For example, they value transparency and truth. I believe that Trump tells outright lies and contradicts himself over and over again. Yet many Trump supporters vote for him because they believe he gives them ‘the truth.’

I have looked into some of the conspiracy theories rolling around the internet (I’m talking QAnon stuff here.) I know that lots of these supporters would tell me they are not conspiracy theories, they are the truth. To me, they sound completely bonkers. They are feeding right into the hands of Trump himself. He seems to me to enjoy spreading fear, paranoia, and hate.

Where I get a little stuck is, I believe in things that many people would think are bonkers. I make no secret of the fact that I completely changed my life by listening to a bunch of dead people speaking through a woman called Esther Hicks. I also spend Sunday evenings seeking guidance from another (AMAZING) source of energy called WELOLA speaking through a man named Kosta for example. Yet I cannot get on board with these ‘crazy’ fear-provoking theories spread by many ‘spiritual’ Trump supporters. My inner knowing tells me, without a shadow of a doubt they just aren’t true.

I struggle to understand how people who proclaim to be all Love and light, spread such fear-based vile information around. Unless of course, they truly believe it. Then I can see they think they are doing the world a service, by outing disinformation. I find it fascinating that two people can see the same piece of information and have a TOTALLY different perception of it. Responding to it in a TOTALLY different way.

I have friends who’ve regularly asked what is my latest cult? I have an enquiring, open mind, and autodidactic style of learning when I get really inspired by something. (In a somewhat obsessive fashion!) My perception of the difference between me and ‘them,’ is that my beliefs in ‘woo woo weird’ stuff don’t harm other people. All the things I’ve been drawn to speak to personal empowerment, being autonomous, and creating the life and world we want to see in a positive way. I’m aware that probably sound pious. And I’m ok with that.

My values are those of compassion, kindness, understanding and generosity. All of which are my ideals, and as a human, I’m on a constant journey being either closer to, or further away from those ideals. I am an idealist, though I understand that we need black, white and all shades of grey in order to continue the expansion of the universe. What a dichotomy.

It also seems that Trump supporters either agree with, or turn a blind eye from the blatant racism, homophobia, misogyny, and xenophobia he displays. Do you think I am being naive to think that it can’t possibly be true that over 70 million people share these, to me, abhorrent beliefs???

I came to the Black Lives Matter movement thinking “I’m not racist.” Goodness, did I have a lot to learn! And still a long way to go. I had such a small understanding of my inherent white privilege and the systemic racism from which we cannot fully disentangle ourselves. It’s an uncomfortable learning journey that never ends.

I was also a bully and a bitch at school. I had no idea that I was. It wasn’t until we watched a documentary in our form group that I was absolutely mortified to recognise that some of my behaviours were indeed bullying. The belittling, the gossiping, the bitching, the excluding. I had no awareness that I was bullying, or how damaging my behaviour was. Until I saw the stories from the victims on the TV screen. Thankfully I was able to later make amends to the girl who was the focus of my vile behaviour.

In my 20’s I had mental health issues and abused drugs and alcohol. Thankfully, I don’t anymore. Through all these challenges, for me and those around me, it was the people and professionals who accepted me despite of my screwy beliefs and behaviours who helped me to grow and transform and align. To create a life which contributes rather than diminishes.

It’s for this reason that I worry when I see the ‘winning side,’ increasing the already enormous divide. By belittling, excluding, berating the ‘losers’ for their screwy beliefs and behaviours. It worries me that the ‘winners’ are morphing into behaving exactly how ‘we’ exclaim that ‘they’ ‘shouldn’t’. I am not suggesting that every Biden supporter should show empathy and compassion to every Trump supporter. We’re all human after all, and we need to have healthy boundaries for the sake of our own well being. But are we not asking ‘them’ to do something that we’re not willing to do ourselves? Show compassion, have empathy, be inclusive, to educate yourself about ‘other’ groups of people?

If we don’t hold the space and belief that ‘they’ are intelligent capable humans with great capacity for compassion and to contribute, what are we creating? It was not the (understandable) abuse hurled at Megan Phelps-Roper of the Westboro Baptist Church which enabled her to leave the EXTREME homophobic Church. (They became infamous for vile homophobic picketing of the funerals of U.S. soldiers.) It was the kind questioning and faith that she was a better person, which enabled her to understand. That she had been incredibly misguided, and her behaviour had been unbelievably cruel. She is now an advocate for people and ideas she was taught to despise.

There’s a certain slice of society (I was one of those people) that are unable to be compassionate and empathetic for a variety of reasons. That is until we experience an ahha moment which opens us up to the possibility of more love, compassion, kindness and generosity. It can be a big life-changing experience. Sometimes it’s being shown consistent, love, generosity, belief and kindness. Sometimes it’s a course, or spiritual practice. It could be anything, that allows us first to give those qualities to ourselves, and in turn to others. I keep the faith that more and more people allow themselves to feel these good feeling feelings, for themselves. Life is so much richer when we have access to these feelings. It then spills over into our relationships with others and the world.

Undoubtedly there are true narcissists, sociopaths and psychopaths who genuinely don’t have the capacity for compassion, empathy or contribution. No amount of listening, kindness or compassion is going to make the blindest bit of difference to their way of being. I just cannot however, allow myself to believe that half the American electorate fall into this category.

In my experience, people pick up screwy beliefs and behaviours when they feel disempowered, undervalued, fearful, depressed and insecure. I am concluding that nearly half the American population are feeling this way to some degree more than they’re feeling empowered, valued, secure loved and joyful. If we continue to ignore them, and even chide them, not listening or finding compassion for their experience, then I only see the divide getting wider as we go forward.

I believe that Biden is an intelligent and compassionate man and I hope that he tries to understand the position of these many millions of voters on the ‘other’ side. I hope he can find a way, and lead from the top, to soothe the rift that has spread across the US and the world like the San Andreas Fault in the original Superman movie.

Right now, I will continue to listen and to try and understand. It is not my desire to change the views of others. That will happen naturally if it is right for them, but I must admit to having a childlike belief and faith that good will always win over evil. It’s always like that in the Superman movies, and Star Wars, and Star Trek and, (said the naive idealist.) That’s just the way I think it is really.

What do you think? Message me.

This website uses cookies to improve your experience while you navigate through the website. Out of these cookies, the cookies that are categorized as necessary are stored on your browser as they are essential for the working of basic functionalities of the website. We also use third-party cookies that help us analyze and understand how you use this website. These cookies will be stored in your browser only with your consent. You also have the option to opt-out of these cookies. But opting out of some of these cookies may have an effect on your browsing experience.
Necessary Always Enabled
Necessary cookies are absolutely essential for the website to function properly. This category only includes cookies that ensures basic functionalities and security features of the website. These cookies do not store any personal information.
Non-necessary
Any cookies that may not be particularly necessary for the website to function and is used specifically to collect user personal data via analytics, ads, other embedded contents are termed as non-necessary cookies. It is mandatory to procure user consent prior to running these cookies on your website.
SAVE & ACCEPT